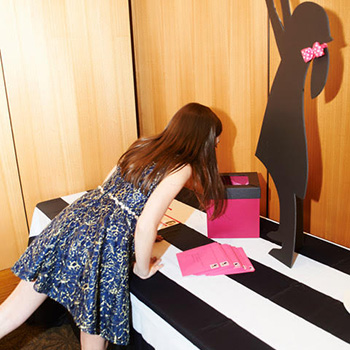 Sophie Cannon just became a teenager. It’s an important time for anyone, one where we first begin to learn who we are and what we value. But in the Jewish faith, it is also an important time where one becomes officially morally responsible for their own actions to their community. For some teens this might be intimidating, but Sophie saw an opportunity to share her passions for friendship and charity to others. At Sophie’s Bat Mitzvah, she shared some of the spotlight with our endowment by allowing us to set up a table and collect donations.

“People went right up to the table we’d set out for the Symmes during the party, and I was so happy,” Sophie described. ”The donations mean a lot to me.” Sophie and her mother worked on the party for over a year. Planning included tracking down decorations for a “glow-in-the-dark” theme, building a donut wall, and hanging slinkies from the ceiling. But, the addition of a fundraiser for the Caroline Symmes Cancer Endowment was all Sophie’s idea. 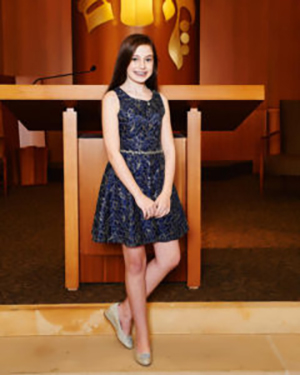 “It’s important to donate to people who need it more than we do,” Sophie explains. “When it comes to cancer, I know I want to be part of finding the cure.” Sophie has known the Symmes family since she was four years old, and they are so humbled and proud that as she has grown into a woman, she has found her own passion for their cause. Through her generosity of spirit, we had the opportunity to make hundreds more people aware of our endowment and mission.

Being a teenager is tough to navigate, but Sophie’s already making thoughtful choices. When it comes to our fight against pediatric cancer, we need all the help we can get. If you’d like to follow in Sophie’s footsteps, contact us to set up a fundraiser.