Before and after his diagnosis, Ben was a straight-A student with a passion for racing. At eleven years old, Ben was diagnosed with metastatic osteosarcoma, a bone cancer that had spread throughout his body. He maintained his A-average and kept up with his passion for racing. In 2015, he was given the chance to drive his car around the Indianapolis Motor Speedway from the pole position, fulfilling a forever dream. Ben loved people. He loved making them laugh and helping in every way he could. The loss of Ben’s life reflects the serious lack of funding and new research into treatment of pediatric cancers. The only treatments that were available to him were chemotherapies used for adults and they were the same received thirty years ago. Is there any other field in medicine where you could say the same? When Ben heard Caroline’s story from her mother, he was inspired to contribute to the good work of the Caroline Symmes Children’s Cancer Endowment. It was his dream to provide hope for others. In today’s advanced world, no child should hear that their disease cannot be cured.

The Big Ben Memorial race is held in June of each year at the Mini-Indy Speedway on the Indianapolis State Fair Grounds. “It’s all about having fun” is the theme because it was Ben’s motto. It is a fun filled day of racing, family and friends; kids living and preparing for what they dream about. All monies raised in Ben’s memory have gone directly to the Caroline Symmes Children’s Cancer Endowment. 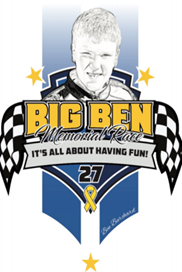 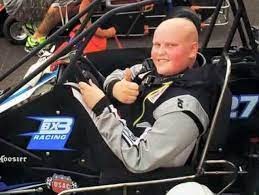 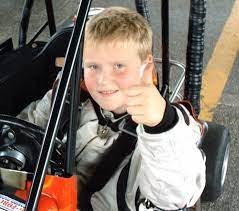