Happy New Year!
We made it through 2020
and we thank you for your generous support
in a year full of firsts!

And while this new year may still have its challenges, we continue to be dedicated to raising funds to support pediatric cancer research.

We Need Your Input!

We would love to get your thoughts through our first ever Donor Survey! As we begin this new year, we want to make sure we are engaging you, our donors in a meaningful way.

We hope you will take a few minutes and answer several questions, giving us insight into how you feel we communicate with you, whether we are communicating information that you find interesting and when you might be open to attending in-person events.

Those who do answer our survey by the deadline of February 22nd, will be put into a drawing to receive 2 etched rocks glasses in a customized gift box.

Thank you in advance!
Take the Survey 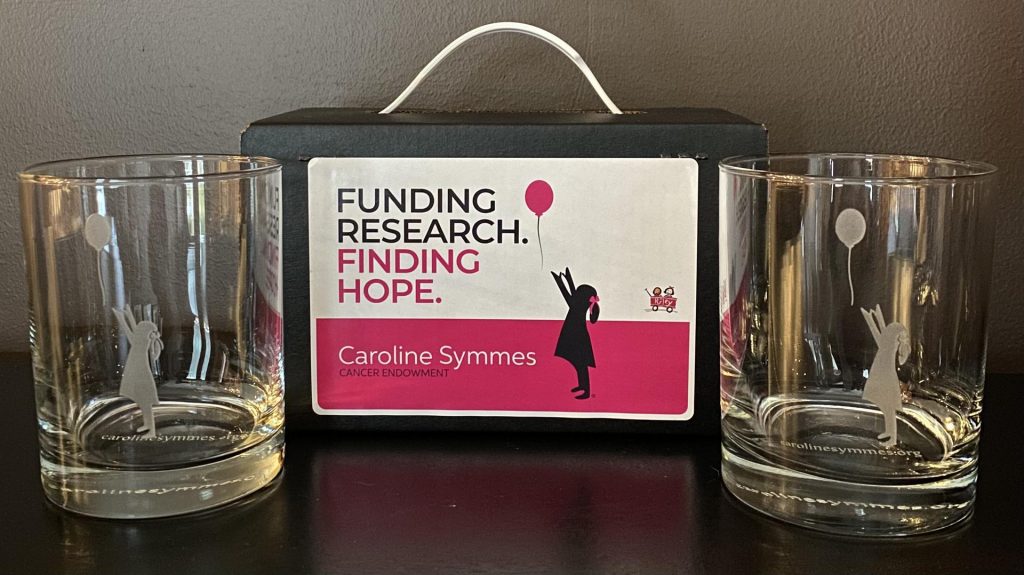 With a year full of virtual meetings our current Teen Board never gave up – continuing to work on virtual fundraising events and social media outreaches. We will miss the 7 board members who graduate in May, but are excited to watch as they each embark on their next journey.

To fill these open spots, Teen Board applications will become available on February 8th with a deadline of March 1st.

We will schedule interviews in late March/early April with the goal of the 2021-2022 board being announced in late April. We already have high expectations! 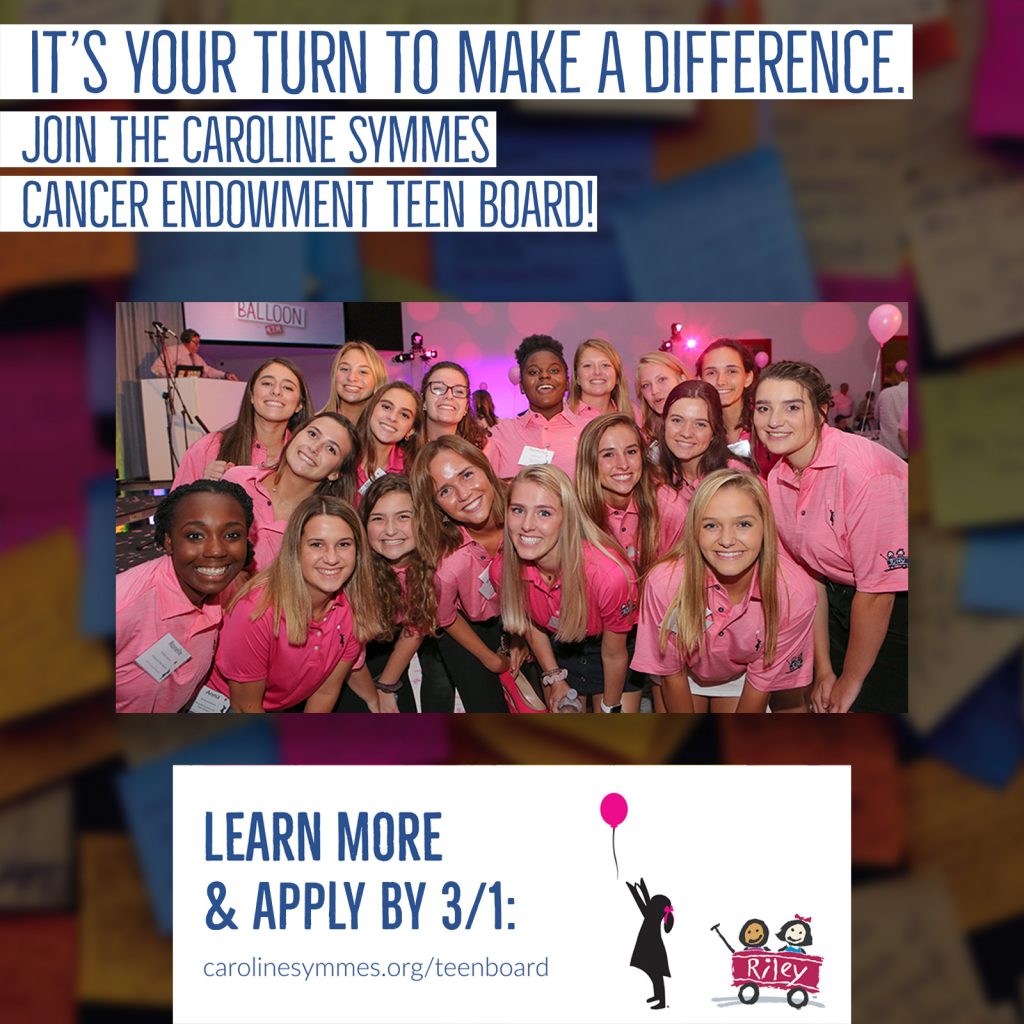 Researchers at Indiana University School of Medicine have published their work about a specific type of childhood cancer in the peer-reviewed, international oncology journal, Cancers. This research involves a combination therapy that significantly slows tumor growth in models, which includes a model established from cells taken from tumors donated by Tyler Trent. This is the first published manuscript that includes Trent’s tumor model.
Trent was a Purdue University student and sports superfan who died on January 1, 2019, after waging a long and valiant fight against an aggressive form of bone cancer known as osteosarcoma. In the publication’s acknowledgments, the researchers dedicated the study to Trent’s memory, saying they will always remember him for his courageous battle, his passion for cancer advocacy, and the generous donation of his tumor tissue for research.
“We are so proud to honor Tyler’s legacy with this first publication, laying the foundation for future research to build upon,” said Karen E. Pollok, PhD, who led the study. Pollok is an associate professor of pediatrics at IU School of Medicine. “We still have more work to do, but are hopeful that new therapies for osteosarcoma will be possible as we learn more about how to block different tumors from growing.”
The Precision Genomics team at Riley Children’s Health found a genetic variation in Trent’s tumors (named after him as TT1 and TT2) known as the MYC-RAD21 signature, which has been found in tumors that tend to recur. Pollok said there are two drugs that can block its effects, a Chk1 inhibitor and a bromodomain inhibitor. Her team tested each drug individually, as well as in combination. They found that in models with the TT2 tumor, they could stop the tumors from growing by using one of the drugs individually, but using both drugs together blocked tumor growth substantially during a four-week treatment. The research team also determined that the combination treatment was well-tolerated.
“This research is allowing us to forge a path to improving outcomes for children, adolescents and young adults with a very aggressive bone cancer,” said Jamie Renbarger, MD, another one of the lead researchers. Renbarger was one of Tyler’s doctors and also leads the IU Precision Health Initiative pediatric sarcoma disease research team. She is also the Caroline Symmes Professor of Pediatric Cancer Research at IU School of Medicine. “We are hopeful that this program will lead the way in finding cures for more children.”
The tumor started growing in the models again after stopping the therapy, leading researchers to consider next steps in their scientific process. Future research topics will include learning to understand how the tumors adapt to treatments and finding ways to optimize the combination therapy.
“The findings and research going on with Tyler’s tumor models is incredibly encouraging and comforting to Tony and I,” said Kelly Trent, who is Tyler Trent’s mother. “It was at the core of who Tyler was to want to be used for good and to help at this capacity. We are so grateful for Dr. Pollok and Dr. Renbarger’s work.”
Trent was diagnosed with osteosarcoma for the first time when he was 15 years old. In the years that followed while he was a patient at Riley Hospital for Children at IU Health, he donated several tumor samples to cancer researchers at IU School of Medicine. He also encouraged other people to do the same, becoming a national advocate for cancer research. People have donated millions of dollars for cancer research in his name, including more than $189,000 for the Tyler Trent Cancer Research Endowment for Riley Hospital. The Trent family and Riley Children’s Foundation worked together to create the endowment fund, which supports pediatric research being conducted by IU School of Medicine researchers.
Credit:
Indiana University School of Medicine
December 1, 2020

WE ARE FORTUNATE TO HAVE YOU AS A DONOR!

Our Endowment’s support to Dr. Jamie Renbarger and her team at Riley Children’s Health to help fund cutting-edge research and provide children with novel treatments and clinical care based on their findings is ongoing – no matter what else is happening in the world.

How can you help? If you are able, please consider making a donation for 2021.

You are helping us make a difference!
Donate Here
Share this page on: 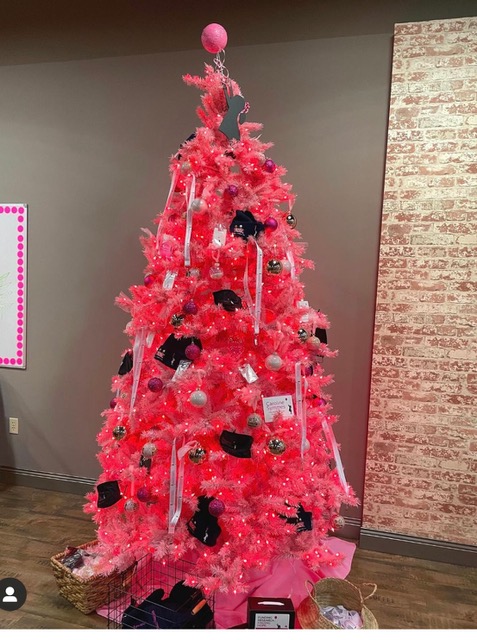 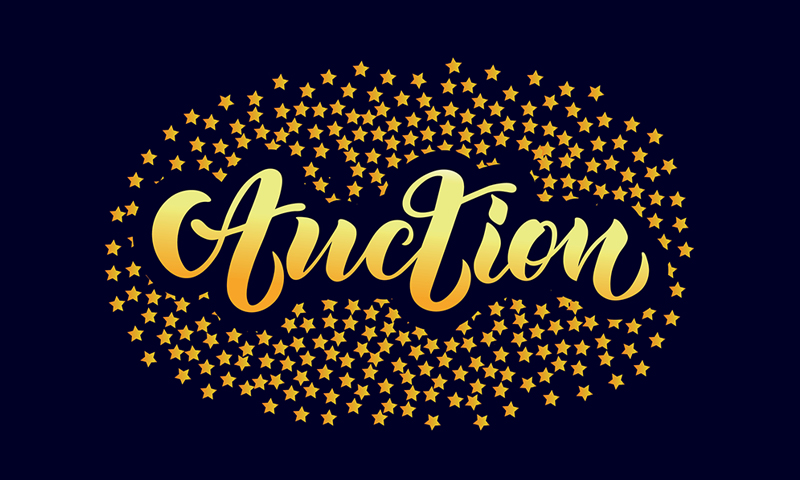