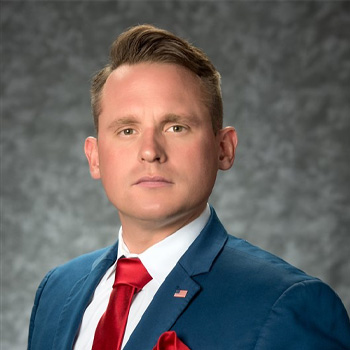 Have you ever thrown a party, had nearly 200 hundred people show up, and raised $8,000 for charity? If not, and you’re curious about how, take a page out of the book of Adam Cox and his friends. As he was about to turn 30, rather than simply have a party, Cox decided he’d like to use his birthday as an opportunity to bring awareness to the work of the Caroline Symmes Caner Endowment.

Being a longtime family friend of the Symmes, Cox knew Caroline and her story. For him, “When someone you love is affected by cancer, especially pediatric cancer, it really starts to pull at your heart strings.” Determined to put his all into the fundraiser, Cox even enlisted friends Meaghan McKeown and Maggie Contreras to help with decorations and logistics.

Both women were touched by their experiences at the fundraiser. Like Cox they noted that the event was undeniably fun, but what really stood out were their interactions with the Symmes. As McKeown explains, “The strength and determination with which the Symmes approached their loss was incredible.” Neither had met the Symmes before or knew anything about the important work of the Caroline Symmes Cancer Endowment. But after witnessing firsthand the commitment of the Symmes to their mission, both women wanted to learn more.

Wanting to learn more is step one towards helping us reach our goal of raising 8 million dollars for a cancer research center at Riley Children’s Hospital. The next step is lending a hand. We’ve had so many amazing individuals come forward to serve the mission of the endowment. It’s people like these that spur us forward and who will eventually help us cross the finish line. If you want to be there when we do and have an idea to get us closer, we’d love to learn more about you, too.